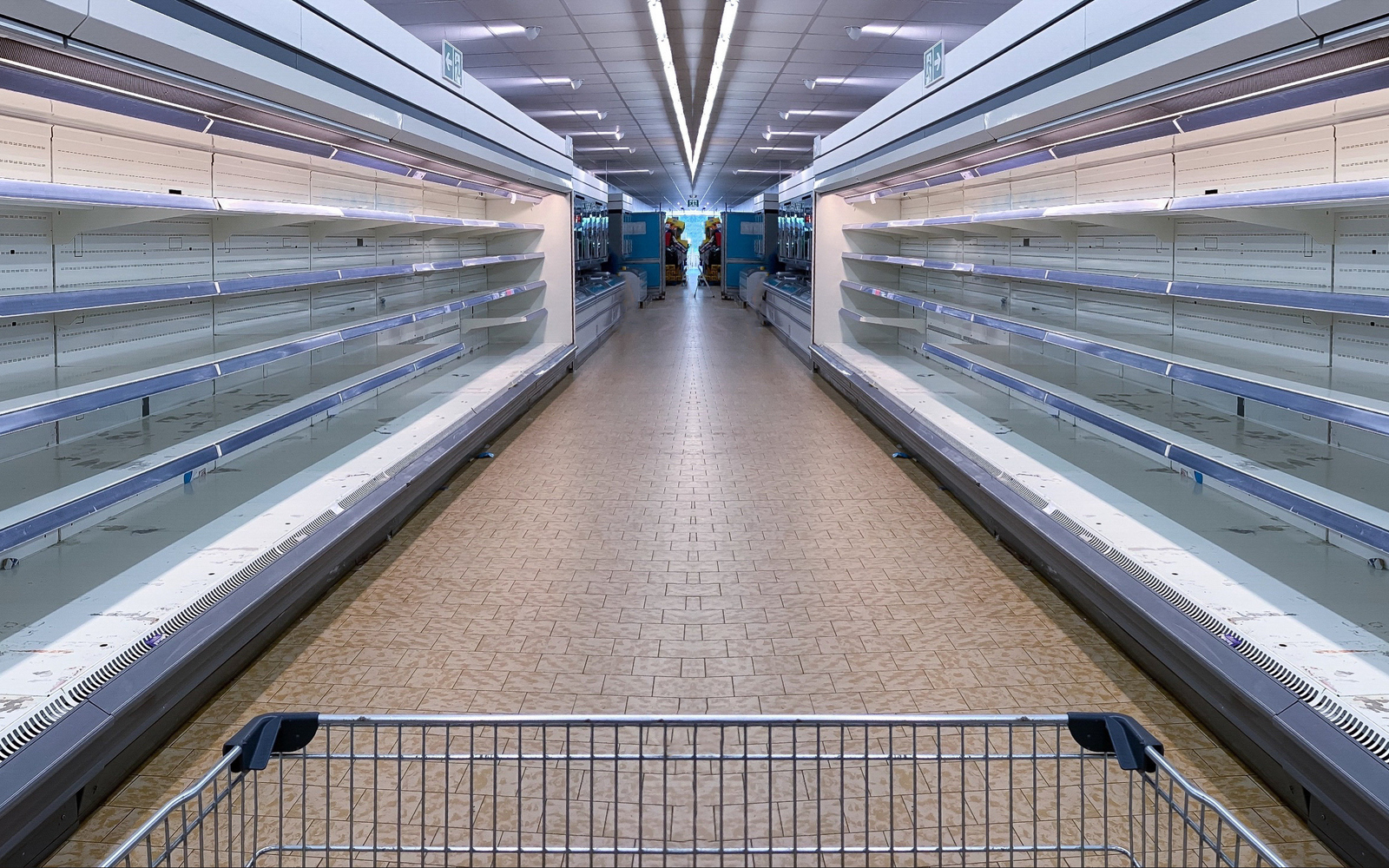 The world is on the brink of a major food crisis. Several factors are converging to create a perfect storm that could lead to widespread hunger and malnutrition.

The Russia-Ukraine war disrupted wheat supplies, India suffered from a severe drought, and problems with the cross-border supply chain are making it difficult for food and beverage companies to get their products to their respective market.

In this article, we will take a closer look at each of these factors and explore what we can do to mitigate the effects of the upcoming food crisis.

The Russia-Ukraine war is one of the most significant factors contributing to the impending food crisis. The two countries are responsible for exporting around one-third of the world’s wheat, which remains a staple crop for 35 percent of the world’s population; however, the ongoing conflict has disrupted wheat production and distribution. As a result, prices for wheat have skyrocketed and countries that rely on wheat imports from Russia and Ukraine are facing shortages.

Additionally, the invasion has impacted the natural gas and fertiliser industries in Ukraine, both of which are vital for the production of agricultural goods and commodities.

The Food and Agriculture Organization of the United Nations (FAO) estimates that reduction in agricultural exports due to the ongoing conflict, the number of undernourished people globally could increase by 8 to 13 million.

To put this in context, Ukraine accounts for 10% of the world wheat market, 13% of the barley market, 15% of the maize market. Notably, Ukraine holds a huge market share in sunflower oil, accounting for 50 percent of world trade. Similarly, Russia is the world's largest fertiliser exporter. The disruption on the production of these essential goods in Ukraine and Russia has had a significant knock-on effect globally.

The current situation in Ukraine will also lead to increased prices for wheat and maize, as well as other cereals, therefore threatening food security for poor communities around the world who heavily depend on these goods.

At the same time, the sanctions put in place by the EU and US against Russia, and the reduction in exports, has significantly impacted the fertiliser industry in Russia.

The disruption in production and distribution of these agricultural commodities provoked by the ongoing conflict in Eastern Europe, and the sanctions that have followed have led to increases in the prices of essential foods, endangering food security for millions of people around the world.

While predominantly developing countries are going to bear the brunt of the crisis, the global community altogether will also face its consequences due to the production disruptions that have caused wheat prices to rise by 20 percent. Many countries in East, West, Middle, and Southern Africa are completely reliant on imported wheat and fertiliser from Russia and Ukraine. However, the crisis will also impact Europe and North America who also import wheat from Russia and Ukraine.

The current situation in Ukraine exemplifies how geopolitical tensions can lead to food shortages, but is not the only one. The civil war in Syria as well as droughts in Australia, California, and South America have all contributed to the problem.

The growing impact of climate change

It's far from just geopolitical tensions that are to blame for the current food crisis. Climate change plays an increasingly significant role, as erratic and extreme weather conditions are becoming more common and leading to crop failures around the world. For example, droughts have devastated crops in Australia, Brazil, and the United States in recent years.

Similarly, floods and other natural disasters can also damage crops and infrastructure, as was seen in Pakistan in 2010.

Climate change has also impacted fisheries, as warmer ocean temperatures have changed migration patterns for aquatic creatures, as well as the growth and survival rates of fish larvae. This has been consequential for global fish stocks, with some species almost becoming commercially extinct.

Most recently, a prolonged drought in India has diminished agriculture production and led to a decrease in exports. This is particularly problematic because India is one of the world’s leading producers of rice, wheat, and other grains. Additionally,  India’s water shortages are likely to worsen due to population growth, and climate change causes more extreme weather conditions and crop yields are expected to fall significantly because of extreme heat by the 2040s.

This will result in less food being available globally and prices for staple foods are expected to rise sharply.

Climate change is an inexorable force that will continue to impact the world’s food supply in the coming years. As the IPPC noted in their 2022 Climate Change Report “Human-induced climate change, including more frequent and intense extreme events, has caused widespread adverse impacts and related losses and damages to nature and people, beyond natural climate variability.”

As more countries become heavily dependent on agricultural imports to feed their population, their reliance on the productivity of other countries also increases, leaving them vulnerable to supply chain disruptions.

The Covid-19 pandemic demonstrates the vast extent of interconnectedness in the global food system as export bans, closed borders and supply hoarding has led to a domino effect as various countries deal with food insecurity. The tiny margins that food producers operate on were quickly eroded, and the pandemic highlighted the volatility of the supply chain.

Food and beverage companies are struggling to get their products to their respective markets due to delays at borders, customs issues, and other logistical challenges, making it difficult for consumers in many parts of the world to access essential food items.

While delays impact every link in the supply chain, they are detrimental for the food and beverage industries, where the perishable nature of products means that even short delays can lead to significant losses.

The price of shipping containers has also skyrocketed, forcing companies to increase their transportation costs. According to the Drewry World Container Index, on September 16, 2021, the average price of a shipping container had risen to 323% higher than the year before.

The increased transportation cost either has to be compensated by the consumer or the companies are forced to accept low profit margins.  Either way, these factors threaten global food security.

Technology as a solution

The silver-lining of the ongoing supply chain crisis is that it has acted as a catalyst for the deployment of new technologies and towards greater digitization and automation of the industry.

From field to fork, companies are turning to technology to help them weather the storm. For example, Food Systems 4.0 offers the potential to revolutionise the food and beverage industry by digitising food systems and making it more resilient to shocks and better equipped to meet the needs of a growing population.

The application of digital technologies across the food and beverage supply chain can help increase transparency, optimise production, reduce wastage and improve food safety. In a world where one in nine people do not have enough to eat, these  standards need to be met to increase food security.

As a thought leader at the forefront of Food Systems 4.0, Holocene's  software promotes greater transparency and traceability across supply chains allowing products to cross borders seamlessly, and cutting down on the issue of perishability.

This is the future of food. A future in which technology and automation play a vital role in mitigating supply chain weaknesses that have left the world's food system vulnerable.

There is no silver bullet for food security, but with the right policies and technologies in place, we can build a more sustainable and resilient food system that can weather any storm.

To learn more about how Holocene is working to build a better food system for the future, check out our website or get in touch with us today. We're always happy to talk about our take on the digital revolution in food.

Strong with 8 years of experience in different international industries, Romain wants to connect Logistics & Supply Chain leaders and professionals with the game-changing technology